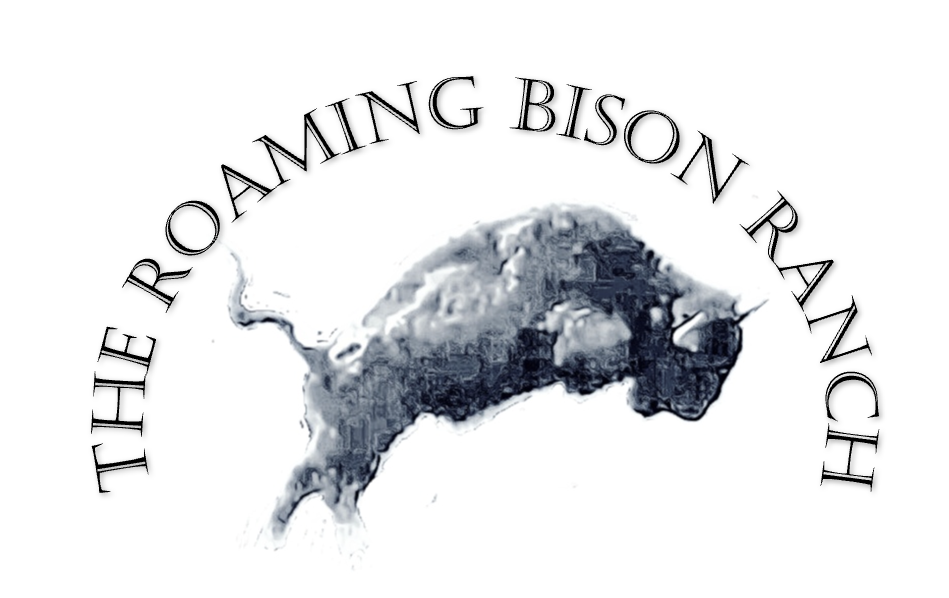 A different kind of pork.

For a luxuriously unique eating experience, look no farther than our Mangalitsa pork.

It is one of those "if you know, you know" things, and impossible to compare to anything you've tried before.

The fat of the Mangalitsa is what makes this pig special. Mangalitsa fat has been described as “crack cocaine for foodies.” (Kohl, Wilhelm W. "Introduction." The Mangalitsa Pig, Boook Publishing, 2014).

People hear the word fat and internally recoil, after all we’ve been conditioned that fat is bad for generations. We picture the chewy fat from store bought bacon, or fatty gristle on a pork chop. Mangalitsa fat is different, all the way down to its chemical composition caused by the animal’s genetics. Mangalitsa fat is higher in monounsaturated fat than any other pork. It is soft, smooth, and creamy; with a low melting point similar to butter. It will melt in your mouth.

Mangalitsa lard can be eaten on it’s own, whipped into creamy spreads, stitched into leaner meats of other animals, melted into warm bread, used to make the best pastry crusts, and completely replace all other cooking oils.

We haven’t even touched on the Mangalitsa meat, which has this high quality lard laced intramuscularly throughout. There’s a reason this pig is sought after by the top restaurants around the country. The meat is bright red and resembles well marbled beef.

Check out our blog to learn more about the health benefits of Mangalitsa pork, read medical studies, and see great recipes!

Once the most popular pigs in Europe, the Mangalitsa breed fell to the side after the rise of industrialization. Relative to other pig breeds they are slow growing, low-meat-yielding, small-litter-having critters. Beginning of the 20th century society began to focus on quick growing pigs with higher reproduction rates. Taste and quality became less important and producing huge amounts of meat as cheap as possible became the priority.

Mangalitsas fail miserably in a high production system. As an example, a modern sow will have 10-13 piglet litters which will reach slaughter size (250-300lbs) within 6 months. She can have 3 litters in just over a year with the right management. Within 12 months that sow can produce at least 20 market ready hogs.

Our Mangalitsas have 4-8 piglet litters twice per year. It takes 12-16 months for them to reach 300lbs. Within 12 months our Mangalitsa sow might produce 4-8 market ready hogs.

These qualities were the reason the entire Mangalitsa population worldwide dwindled to about 200 individuals. They have been brought back from the brink of extinction and are finding new popularity among those who value GOOD food. 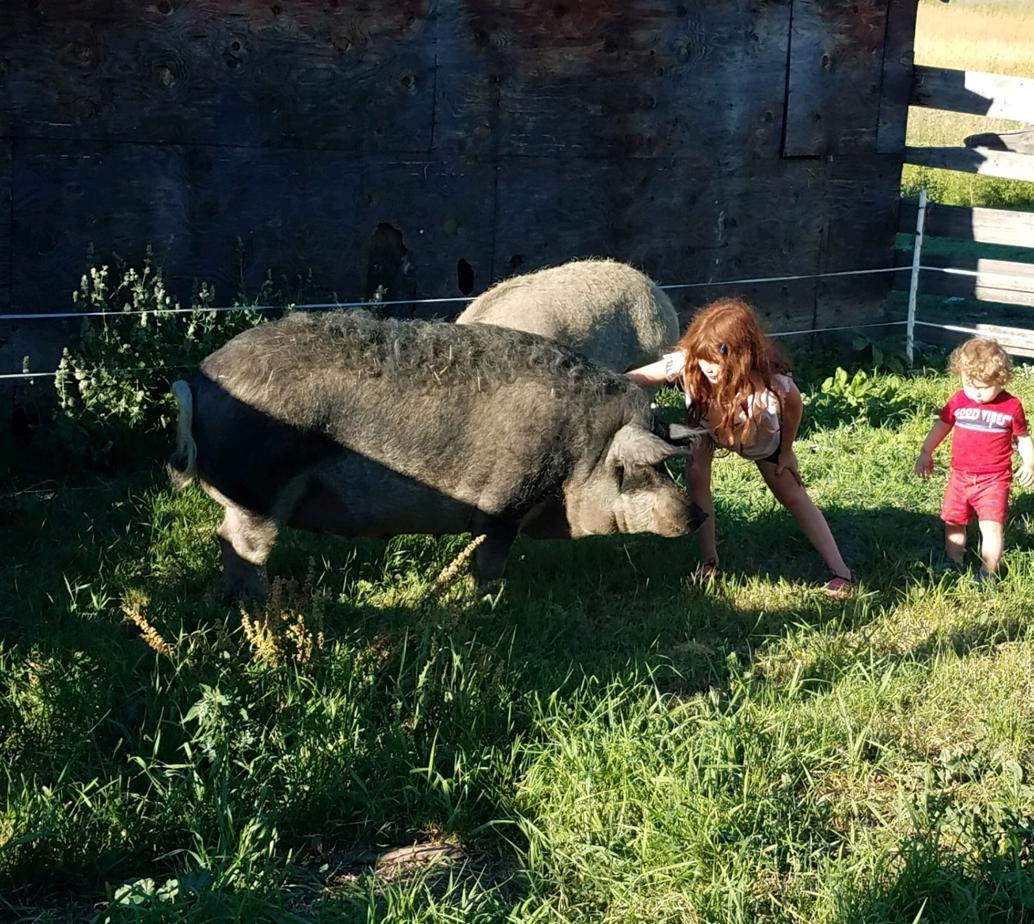 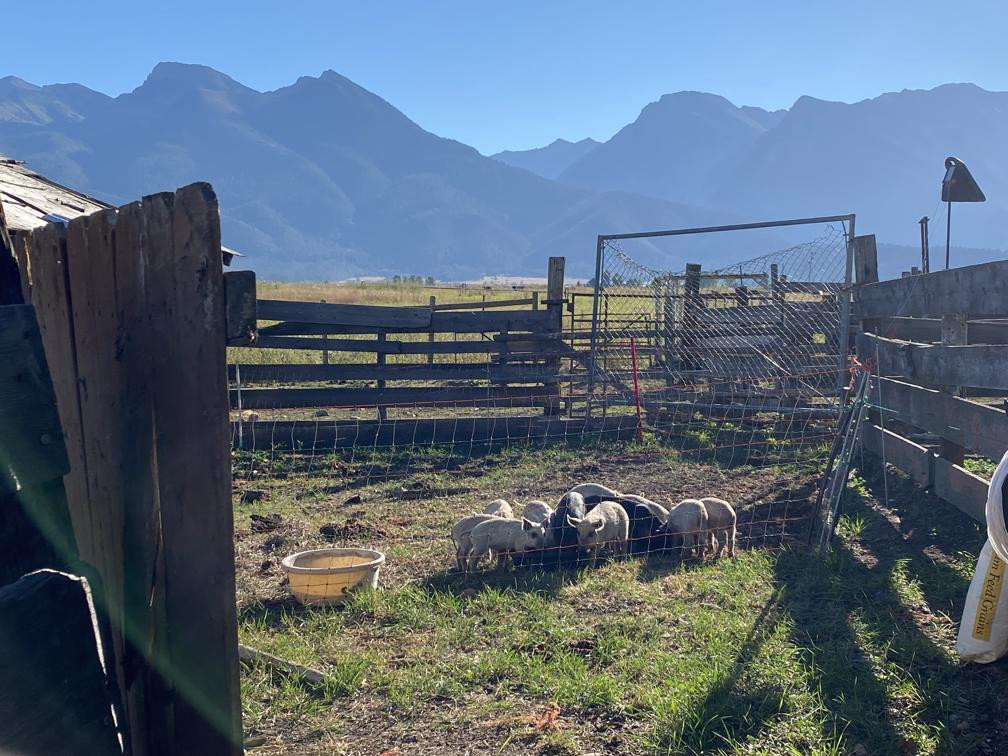 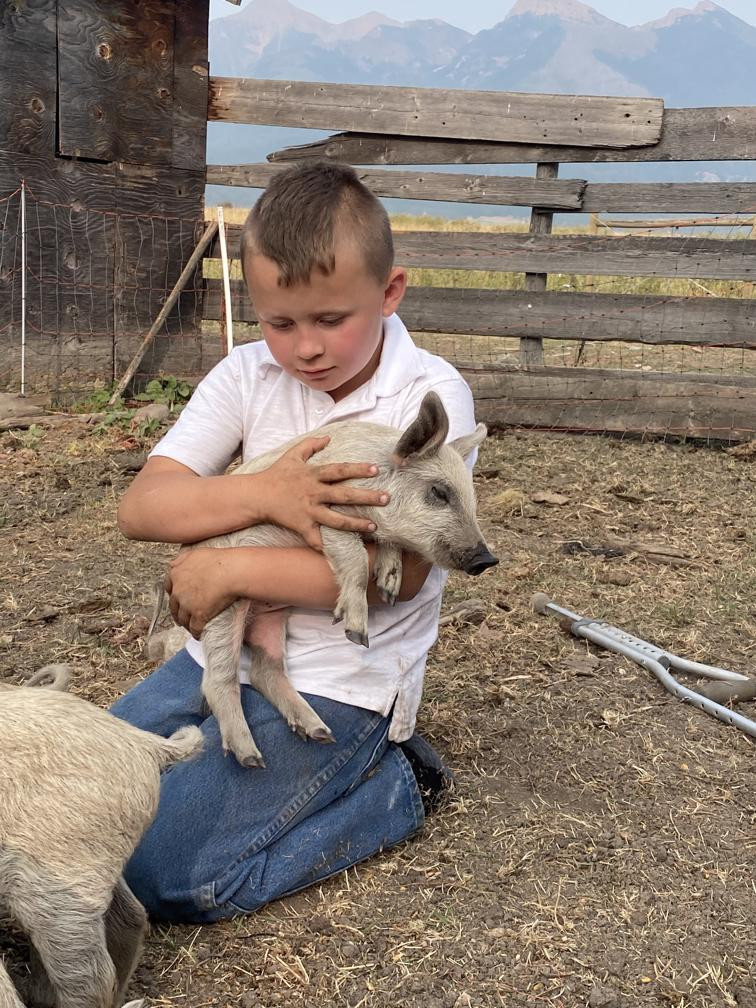 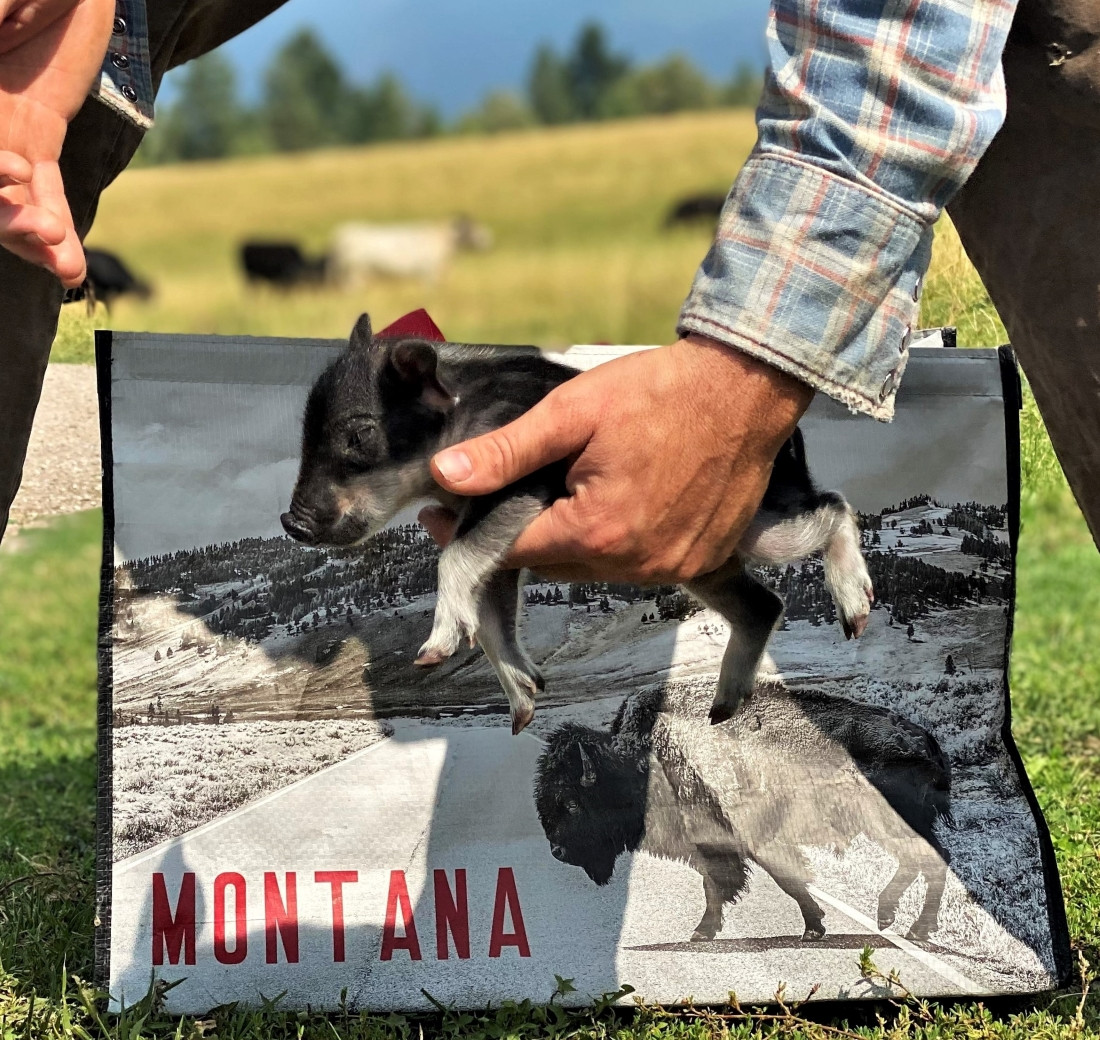 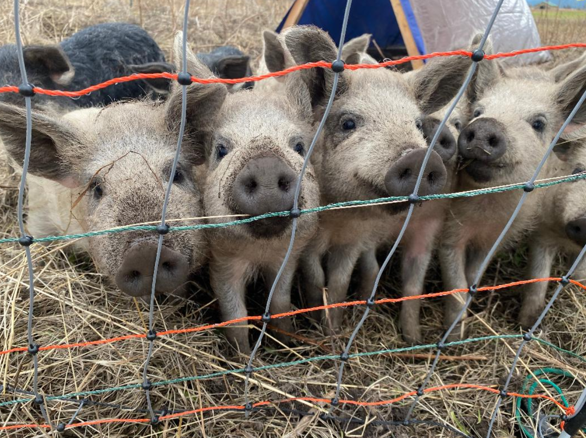 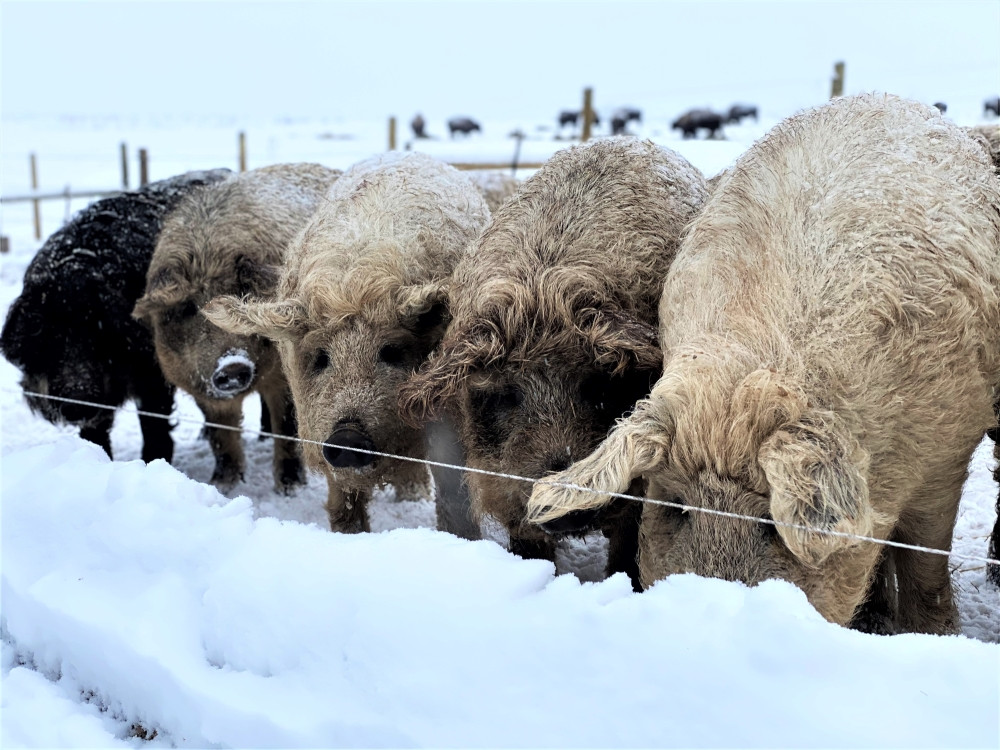 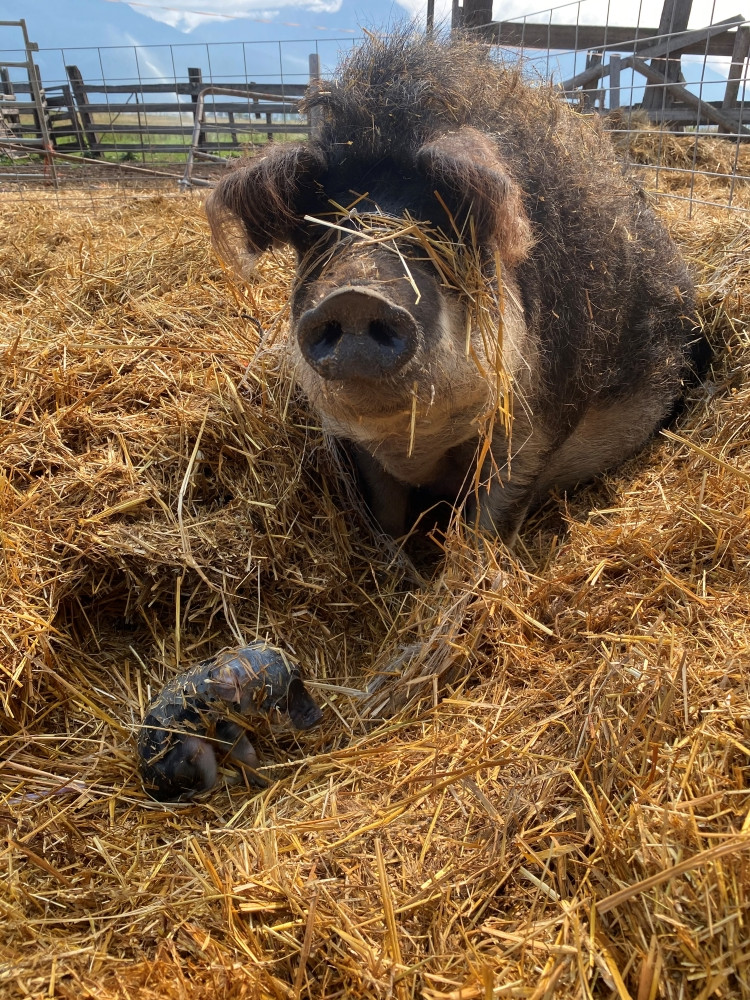 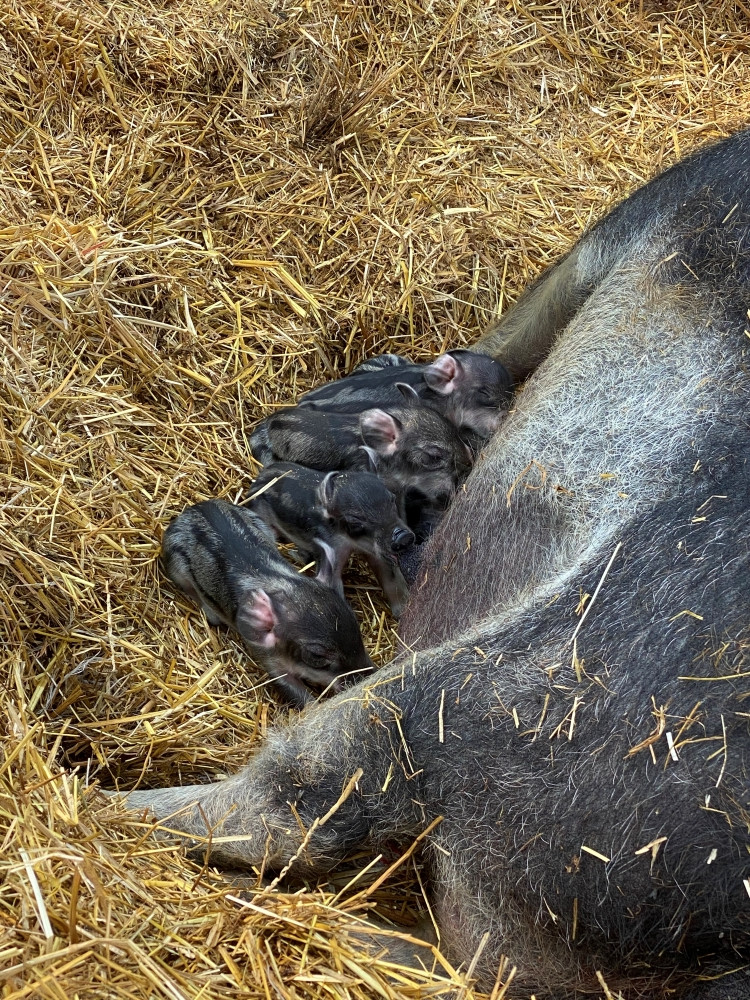 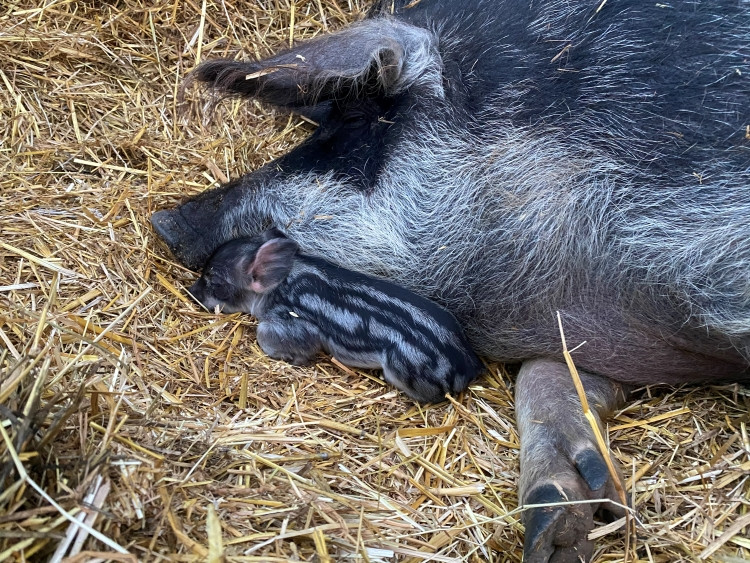 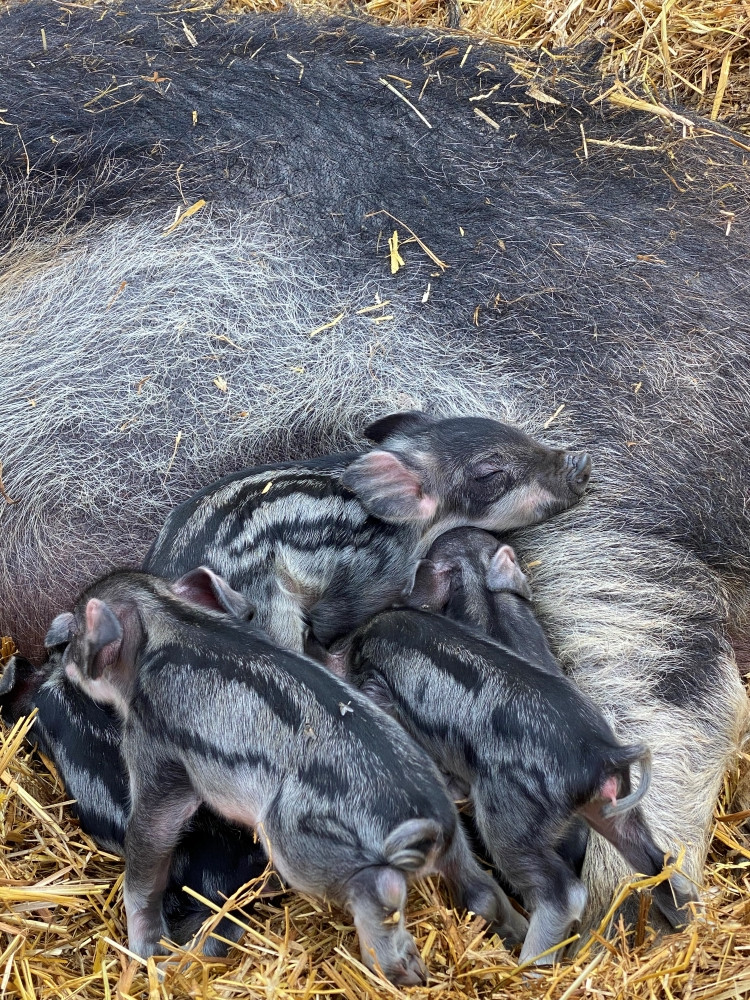